A visit to the small coastal towns of Flanders will be an unforgettable highlight to your visit in Belgium. Scars and souvenirs of the Great War remain poignant attractions in the surrounding countryside, which also grows hops for some of Belgium’s trademark beers.
Belgian chansonnier Jacques Brel described it as “Le Plat Pays”, “The flat country with Cathedrals as the only mountains beneath skies, so low that the canals get lost in them.” Even blanketed in fog or howling February gales, the canals have a mesmerizing charm.
Damme was featured in the film ‘The Girl with a Pearl Earring’. 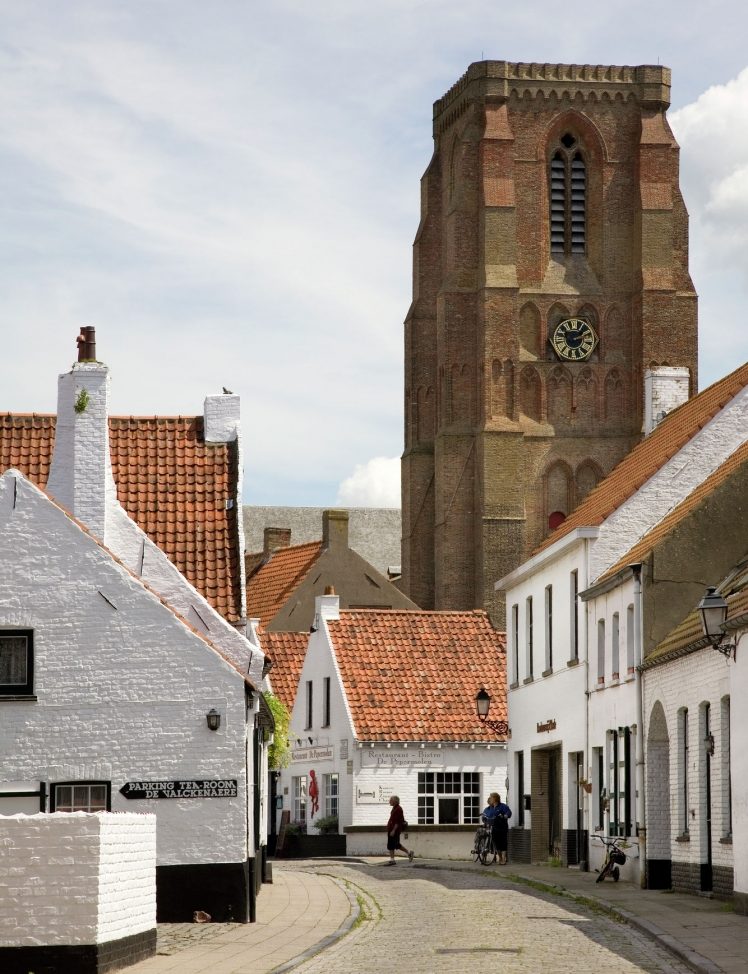 A Touch of Flanders Rusticy

Departure by bus through the polders area and visit the old town of Damme, a small village only ten minutes away from Bruges. Damme is almost an exact but smaller copy of its bigger neighbor Bruges, hidden in the heart of the Flemish polders. Recently Damme has established itself as a center of gastronomy.
Every second Sunday of the month, Damme welcomes a rustic book market.
We continue our tour to Lisseweghe, a former stop used by the pilgrims on their way to Santiago de Compostella. Here we will pay a short visit to the remains of the old abbey “Ter Doest”.
​

Visit Knokke le Zoute, the most exclusive seaside resort in our country.
Here you will find The Grand Casino, boutiques of the world’s famous fashion houses and stunning homes of Belgium’s rich and famous all creating an atmosphere of luxury and opulence. Enjoy a walk along the promenade and do some shopping.
​
On our return, we stop in Sluis (Holland).
In medieval times Sluis was the gateway to Bruges and Ghent. The Belfry is the testament of its glorious past.